There is a sayingPay less for testing during software development or pay more for maintenance or correction laterâ€.

Although the original goal of software testing was simply to make certain that the software met specifications and didnâ€™t have any gaps, errors, or bugs. In fact, itâ€™s one of the most underrated aspects of software development.

This is influenced by several myths that developed and misleading perception,

Some even say the software testing only has a small role to play in the development process.

But if they know, quality of the product directly affects the brand reputation.

Myth 1: Testing is too expensive

Reality: When the budget is limited the first thing that we would think to ignore is test the software.

But in fact, reducing the cost without testing may improper result and it will affect to the clientâ€™s satisfaction. Early testing saves both times and costs in many aspects.

Reality: Yes, this process is time-consuming if you donâ€™t hire the right person.

When we talk about testing, we talk about the suite of tests being run, but rarely talk about how they are created, or run (tools, individual skill, testing plan etc) and we must admit that sometimes people who run the tests are the same ones with implemented them.

Myth 3: A tested software is bug-free

Reality:This is a very common myth that everyone believes in.

But no one can claim with absolute certainty that a software application is 100% bug-free even if a tester with superb testing skills has tested the application.

Myth 4: Missed defects are due to testers

It is important to discover why and where the problem has occurred, with the entire team holding the responsibility for that issue.

Myth 5: Testers are fully responsible for quality of product

Reality: It is a very common misinterpretation that only testers should be responsible for product quality.

Testers responsibility of the product has identified the bugs and report to the stakeholders, but the clients, project managers, and the development team involved in deciding the final result because product quality is everyoneâ€™s responsibility.

Myth 6: Anyone can test a software application

Reality: The truth is anyone can play around software application.

However, there are some basic and essential software testing steps every Tester should perform, formal testing, create a testing document, identifying test conditions, data integration or just looking up the application all day, in fact, all of those requires special traits like patience, problem-solving and eye for detail.

Myth 7: A Testerâ€™s only task is to find bugs

Reality: Finding bugs is a main task of the testers, but at the same time, they have a responsibility for the specific area or component that canâ€™t be covered by developers.

Being a Tester includes reviewing and analyzes of someone else documentation and code work. 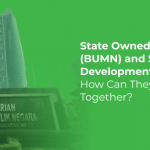 State Owned Enterprises (BUMN) and Software Development Company, How Can They Work Together? 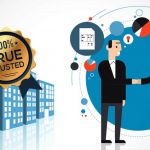 What kind of trusted IT company? 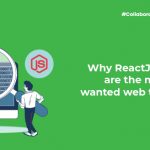 Why ReactJS and NodeJS are the most used and wanted web technologies?