Vue.js and React are among the top choices and best JavaScript technologies for frontend developers. They’re not only popular but also have large communities behind them and have huge companies using them for their website. But how do they differ? Knowing these two technologies’ uniqueness and similarity can help you answer questions like “which one is the best for my project?”. 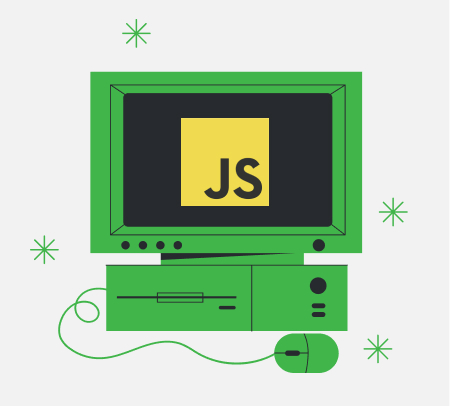 JavaScript is a programming language that can be considered old, and that’s definitely one of the reasons why it has become so popular now and has numerous libraries, tools, and frameworks for various purposes.

Today, this programming language has become essential for any person who wants to build websites or apps, because it enables you to create interactive user experiences by manipulating the DOM (Document Object Model) directly in your browser window. 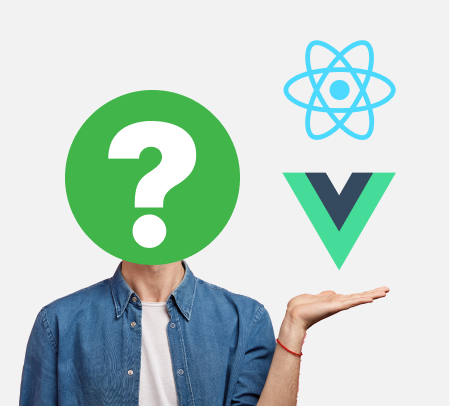 React JS and Vue.js, what are they?

One of the most common misconceptions people have is convinced that React is a framework, while really it is a library, as it says so on the official React website.
Vue on the other hand is a framework. Per definition they’re different, but their features can be used for one similar goal: building user interfaces. This is where the confusion likely came from.

To cut things short, check out the general comparison between Vue and React below:

React JS and Vue.js, How Similar Are They? 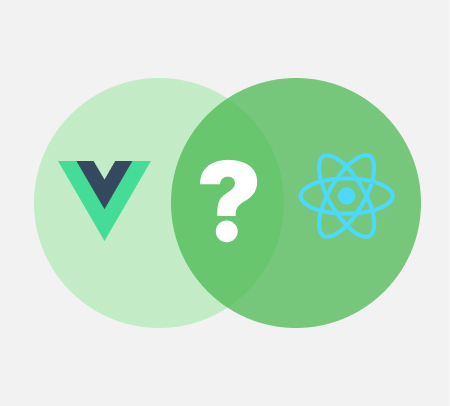 While their definition is different (library vs framework), they share a lot of similarities, as stated in the official Vue.js comparison guide. Which are:

Another quite interesting similarity between them is that they both almost reach 10 years in a few years. React was released in 2013 and Vue was released one year later. 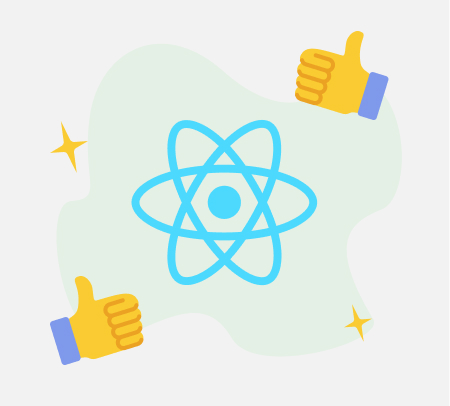 React become one of the popular library is without reasons, other than widely used by various large companies around the world, they also has many benefits such as:

Also, according to Stack Overflow Developer Survey 2022, the number position for “the most wanted web frameworks & technologies” is React JS for five years in a row. 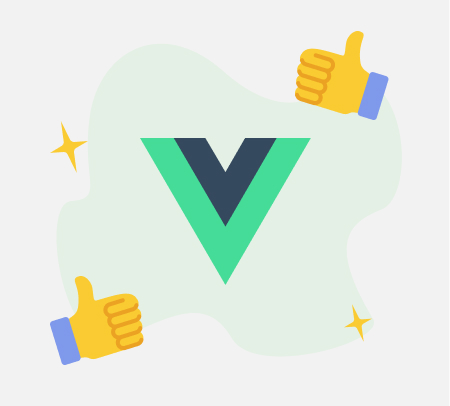 Compared to React, Vue.js is more “flexible”, because In Vue.js you’re offered with various tools and functionalities to build a full fledged application, while in React you only focus on building UIs components.

Furthermore, Vue is not dependent on jQuery or any other library, and has great customization through its modular structure.

Which allows developers to only include what is required at any given time. This reduces your app’s size, making it faster and more efficient when loading up from scratch, as well as when switching between pages within the same site/app itself. 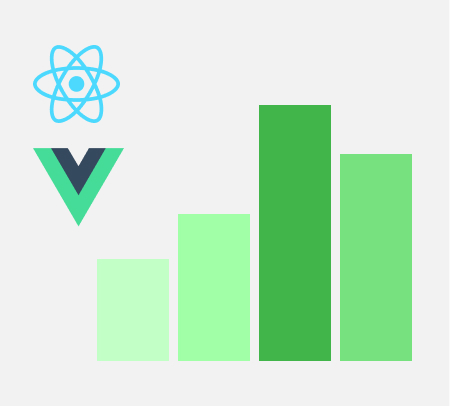 Keep in mind that both technologies have some similar components, thus they often show similar results. Shown in the table below according to the data from js-framework-benchmark—less is better:

React is winning only slightly, thus proving similarity in the context of performance. In the end it depends on your project, additional tools, and many other factors.

Knowing the learning curve is sometimes important if the team on your project isn’t familiar with either of them.
Remember again that these two technologies are very similar, but often people say that Vue.js is easier to learn because:

Learning new technology won’t be a problem in a team full of experienced developers, in which we can provide for your project through our “Extended Team” collaboration method. 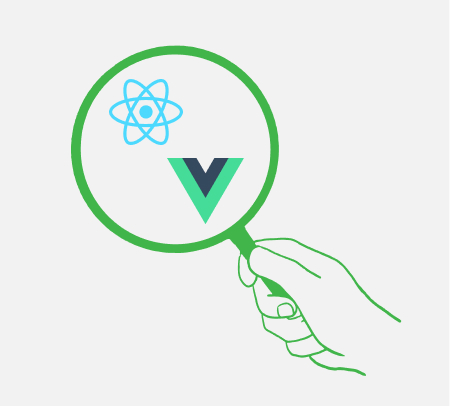 Both frameworks can solve simple to complex website development projects that you may have, but ultimately you will have to decide based on the requirements of your project.

React JS is one of the most popular JavaScript frameworks, so it’s no surprise that many companies requested us to build their web and mobile applications with.

On the other hand, Vue.js is also one of the best frameworks to build a variety of websites. It has fewer features than React, but some developers might prefer this simplicity over its counterpart’s complexity.

At Smooets, we have a team of React and Vue.js developers ready to assist your development project at any time you want.
You can also read more about our case study, outsourcing and programming insight, or the latest news about Smooets on our blog.

The Best PHP Company for Your Business Growth